Across the world, demonic possessions are on the increase. Two specialists are brought in and uncover a dark and terrifying worldwide plot. 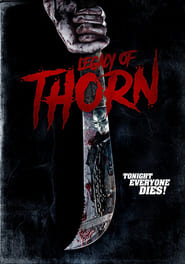 Four years ago, Jess and her friends lived a nightmare that has left her almost killed by the unstoppable killer ‘Thorn’. Four years later, Jessica and the survivors make an attempt to stop him once and for all.