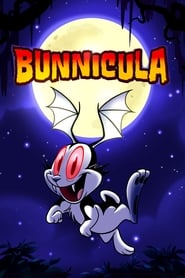 A dark comedic adventure about the titular Bunnicula, a vampire rabbit, Mina, his owner, and her two pets, Chester the cat and Harold the dog. Instead of blood, Bunnicula feeds on carrots to sustain himself which gives him super abilities which come in handy on his and his friends escapades.

The series is based on the book series of the same title by James Howe and Deborah Howe.