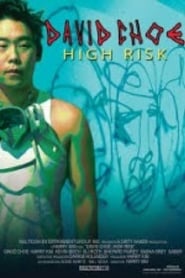 Artist David Choe has led a life of high risk, from hedonistic excesses to being imprisoned at a maximum security facility in a foreign country, and yet has been dramatically rewarded for his exploits. Life didn’t change much when he traded a $60k fee in favor of stock in a start-up called The Facebook, but now he is estimated to be worth over $250 million, highlighting a colorful career filled with giant street art installations, porn star affairs and investigative reporting for companies like Vice and CNN. Director and childhood friend Harry Kim guides us through the fantastically surreal life of Choe featuring interviews and appearances by Kevin Smith, Eli Roth, Sasha Grey, Sean Parker, and Shepard Fairey.