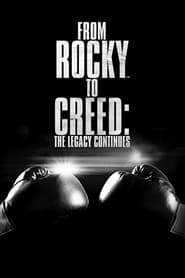 From Rocky to Creed: The Legacy Continues

In this one-hour documentary event narrated by Michael B Jordan, Sylvester Stallone, the filmmakers and past cast members share Rockys Cinderella story from the Oscar®-winning first film to the critically and commercially successful sixth film, Rocky Balboa. Then, together with director Ryan Coogler, stars Michael B Jordan, Sylvester Stallone, Tessa Thompson, and producer Irwin Winkler, viewers get an inside look at how Warner Bros Pictures and Metro-Goldwyn-Mayer Pictures new film Creed (story by Ryan Coogler, screenplay by Ryan Coogler & Aaron Covington) was originated, and how Jordan and Stallone prepared for their roles in this fresh new take on the Rocky franchise. 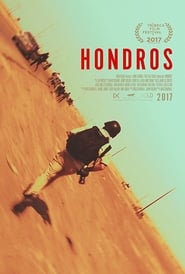 HONDROS follows the life and career of famous war photographer Chris Hondros by exploring the poignant and often surprising stories behind this award-winning photojournalist’s best-known photos. Driven by a commitment to bear witness to the wars of our time after the events of 9/11, Chris was among the first in a new generation of war photographers since Vietnam. HONDROS explores the complexities inherent in covering more than a decade of conflict, while trying to maintain a normal life. It also examines the unknowable calculus involved in making split-second life and death decisions — before, during and after his photos were made. Chris was killed in Libya in 2011, but he left a lasting impact on his profession that is still felt today.

Can We Take a Joke?

Can We Take a Joke?

The modern limits of humor in an increasingly outraged society are examined. 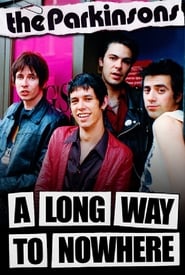 The Parkinsons: A Long Way to Nowhere

The Parkinsons: A Long Way to Nowhere 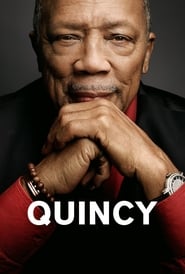 An intimate look into the life of icon Quincy Jones. A unique force in music and popular culture for 70 years, Jones has transcended racial and cultural boundaries; his story is inextricably woven into the fabric of America. 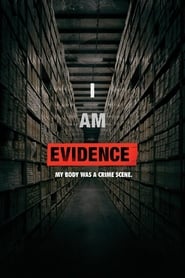 Not Your Typical Bigfoot Movie

Not Your Typical Bigfoot Movie

Through the experiences of two amateur Bigfoot researchers in Appalachian Ohio, we see how the power of a dream can bring two men together and provide a source of hope and meaning that transcend the harsh realities of life in a dying steel town.

African Cats captures the real-life love, humor and determination of the majestic kings of the savanna. The story features Mara, an endearing lion cub who strives to grow up with her mother’s strength, spirit and wisdom; Sita, a fearless cheetah and single mother of five mischievous newborns; and Fang, a proud leader of the pride who must defend his family from a once banished lion.

Professional skateboarder Amelia Brodka examines the skateboarding industry’s approach to how it markets, promotes and supports women in its sport.

An interview with film director Roman Polanski conducted during his period of house arrest, discussing his life and work.

Determined to find out the true effects of marijuana on the human body, stand-up comedian and former Stoner of the Year Doug Benson documents his experience avoiding pot for 30 days and then consuming massive amounts of the drug for 30 days. More than just an amusing story of one man’s quest to get superhigh, this documentary also examines the hotly contested debate over medical marijuana use. 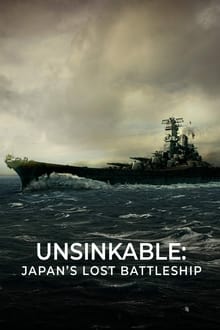 October 24, 1944, the world’s greatest battle at sea begins in the Philippines. Japan’s navy gambles on a decisive victory against the United States to turn the tide of World War II. Instead, Musashi, its top-secret super battleship, ends up at the bottom of the ocean.