Dogged by scandal, alcohol issues, rehab & suicidal thoughts Ricky Hatton, one day decides enough is enough. Its time to step back into the ring. This is about personal redemption. The film follows Ricky Hatton in the weeks running up to his final fight against Senchenko, including fight night itself ,where ringside cameras capture every moment prior to, during and after the fight, including inside the locker rooms and corridors.

Above and Below is a rough and rhythmic roller coaster ride seating five survivors in their daily hustle through an apocalyptic world. A journey of challenges and beauty in uncomfortable places: Rick & Cindy, Godfather Lalo in the flood channels deep down under the shiny strip of Sin City. Dave in the dry and lonesome Californian desert and April in simulation for a Mars mission in the Utah desert. Through the hustle, the pain and the laughs, we are whisked away to an unfamiliar world, yet quickly discover the souls we encounter are perhaps not that different from our own.

The conservative comedian weighs in on the issues of the day. 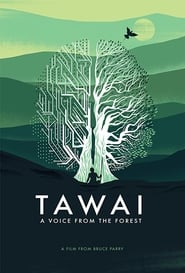 Explorer Bruce Parry visits nomadic tribes in Borneo and the Amazon in hope to better understand humanity’s changing relationship with the world around us.

In this special documentary that inspired a two-season television series, scientists and other experts speculate about what the Earth, animal life, and plant life might be like if, suddenly, humanity no longer existed, as well as the effect humanity’s disappearance might have on the artificial aspects of civilization. All the Streets Are Silent: The Convergence of Hip Hop and Skateboarding -1997

All the Streets Are Silent: The Convergence of Hip Hop and Skateboarding -1997

In the late 1980s and early 1990s, skateboarding and hip-hop culture collide in downtown Manhattan. Archival footage from the era showcases the fusion of these two forms of expression.

Part concert, part documentary, this film follows the band’s preparations in the re-staging of their acclaimed collaboration, So It Goes, with the artist Liam Gillick and the 12-piece synthesizer orchestra that spectacularly captured the headlines during Manchester International Festival 2017. The complexities extend beyond the technical and logistical: this is a band that rarely looks backward, yet for this project, they had to reflect on – and deconstruct – the band’s history, in order to create something very new. Written by SHOWTIME Strip Down, Rise Up

Strip Down, Rise Up

The feature documentary follows women of all walks of life, all ages and ethnic backgrounds, as they shed trauma, body image shame, sexual abuse and other issues locked in their bodies, and embark on a journey to reclaim themselves. The film also gives a rare window into the world of Pole artistry and expression.

‘Electoral Dysfunction’ uses irreverent humor to illuminate how voting works – and doesn’t work – in America. Hosted by Mo Rocca (a Correspondent for CBS News, a panelist on NPR’s ‘Wait, Wait … Don’t Tell Me!’ and a former Correspondent for ‘The Daily Show’), the film is structured as a road trip that begins when Mo makes an eye-opening discovery: The Constitution does not guarantee the right to vote, putting America in the company of Libya, Iran and Indonesia. Mo explores the battle over voter fraud and voter I.D.; searches for the Electoral College; critiques ballot design with Todd Oldham; and encounters experts and activists across the political spectrum who offer commentary on why our voting system is broken and how it can be fixed. 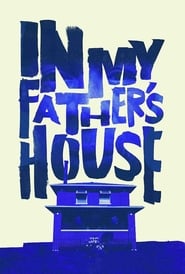 In My Father’s House

In My Father’s House

IN MY FATHER’S HOUSE explores identity and legacy in the African-American family, as Grammy award-winning rapper Che ‘Rhymefest’ Smith and his long-lost father reconnect and try to build a new future in Chicago’s turbulent South Side. Himself a child of a broken home, Che hasn’t seen his father, Brian, in over 20 years, and presumes him dead. But after buying his father’s childhood home, Che sets out to find him, and learns that his is now a homeless alcoholic living only several blocks away/ The film offers a probing take on memory and identity in a family two generations removed from slavery as it tracks Che and Brian’s shared journey to create a new legacy for themselves, their community and the next generation of family.