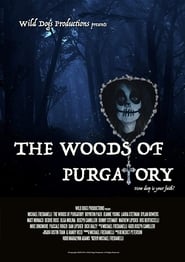 The Woods of Purgatory

Plagued with guilt over the recent murder of his mother, Father Harris takes a desolate country road on his way home from a night of heavy drinking. Startled by a crippled woman in the middle of the street and with no help in sight, the priest follows her deep into the woods where a mysterious cult surrounds him but inexplicably lets him go. Haunted by visions, Father Harris further questions his faith and delves deeper into investigating the demonic cult to satisfy his own morbid curiosity. What he finds is a maelstrom of unmitigated chaos that sends him into insanity and slowly pushes him face to face with pure evil in this chilling horror thriller.