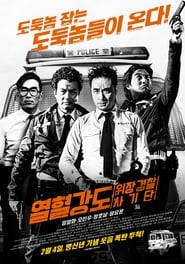 Four loser gangsters devise a scheme that is eviously ingenious (or profoundly stupid): to disguise a minibus as a police vehicle to rob cross-border rucks that carry human carcasses with money inside. The ploy kicks into action one evening in the New Territories, and the plot thickens with spooky and deadly encounters, including one with an identical police car – also a fake, but manned by killer gangsters who are after the same dead bodies.