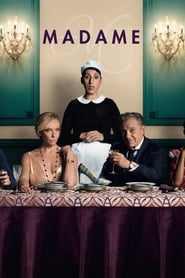 Adding a little spice to a waning marriage, Anne and Bob, a wealthy and well-connected American couple, move into a manor house in romantic Paris. While preparing a particularly luxurious dinner for sophisticated international friends, our hostess discovers there are 13 guests. Panic-stricken, Anne insists her loyal maid Maria disguise herself as a mysterious Spanish noble woman to even out the numbers. But a little too much wine and some playful chat lead Maria to accidentally endear herself to a dandy British art broker. Their budding romance will have Anne chasing her maid around Paris and finally plotting to destroy this most unexpected and joyous love affair.

In August, 2014, a video of the public execution of American photojournalist James Foley rippled across the globe. Foley wore an orange jumpsuit as he knelt beside an ISIS militant dressed in black. That image challenged the world to deal with a new face of terror. And it tested one American family. Seen through the lens of filmmaker Brian Oakes, Foley’s close childhood friend, Jim takes us from small-town New England to the adrenaline-fueled front lines of Libya and Syria, where Foley pushed the limits of danger to report on the plight of civilians impacted by war.