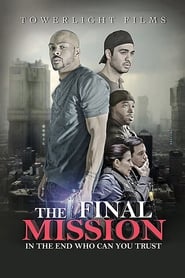 Three unruly friends on the run from the law urgently try to find out who might have provided their secret information to law enforcement.

The Face in the Wall

The Face in the Wall

A young journalist named Jin Maddison has traced the origin of many Christmas traditions to a remote town in the Midwest called Selah. Years ago another famous journalist died in an accident there while investigating the same story. Jin travels to Selah hoping to unravel the mystery, suspicious of a darker truth behind the festive holiday. Upon arrival she’s stunned by the lack of decorations, lights, and signs, as well as the refusal of most locals to even talk about ‘Christmas’. After a violent encounter she’s saved by Private Investigator Amy Carson, who is trailing several Missing Persons cases that have led her to Selah. As they continue prying, they realize that the secrets Selah is hiding are far more terrifying than they could’ve ever imagined.

Alpha Girls is about a Sorority House terrorized by an unholy curse of their own creation.

The Girl in the Cornfield

The Girl in the Cornfield

Three young women traveling along a dark country road encounter a mysterious girl in a white dress who turns out to be far more than she seems.