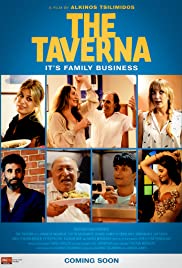 When a waitress is substituted for a belly dancer in a Greek restaurant, chaos ensues before the owner is forced to change his old ways in order to prevent a major catastrophe.

Is an Australian drama film directed by Alkinos Tsilimidos and released in 1994. Based on a play of the same name, written by Ray Mooney, the film details the early life of contract killer Christopher Dale Flannery and is set inside Melbourne’s HM Prison Pentridge’s maximum security H Division.[1] Filming was undertaken at HM Prison Geelong. Dale, a remandee, is awaiting a court hearing and yet to be sentenced, highlighting the horrific injustice of the repeated beatings he’s subjected to. Gradually Dale becomes indifferent to the bashings and horrors of prison life and develops an alternative, subversive way to exist and express his rage. As Dale walks defiantly from the prison in the last scene to be tried, the failure of the correctional system to produce docile, disciplined bodies pulls its last punch. Even if the system has enframed Dale he has maintained his sanity and his voice.