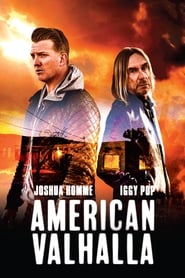 The film takes you on a journey from the conception of this musical partnership and the first demos recorded in Californian desert by – what became – the Post Pop Depression band that included Dean Fertita (QOTSA) and drummer Matt Helders (Arctic Monkeys), and onto the release of the album, proceeded by a sold-out American and European Tour that featured the epic performance at the Royal Albert Hall in London.