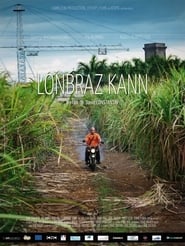 It is the end of an era. Marco, Bissoon and their friends have spent their lives working for a sugar factory that is due to close. Sugarcane is no longer profitable so it will soon be replaced by luxurious villas, golf courses and playgrounds for rich tourists, making this area forbidden for the working class. As their world seems to fall apart around them, some struggle to find their places in their strange new surroundings, while others decide to leave the country. For Bissoon, the closing of the factory brings frustration, emptiness and neo-colonial malaise. Meanwhile Marco gets intrigued by Devi, the wife of the authoritarian man overseeing the demolition of the factory. Continuing his work of putting Mauritius on the cinematic map, David Constantin tells a story of a move from tradition to modernity. In doing so, he offers a view behind the postcard façade of paradise, portraying the world less picture perfect than you might think.