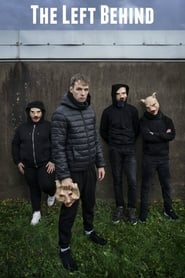 Support for the far right is growing in Britain’s post-industrial towns and cities. This factual drama from the BAFTA-winning team behind Killed By My Debt and the Murdered by… films tells the story of a young man with no secure job, housing or future as he is drawn into a devastating hate crime. A steel-tipped state of the nation drama based on deep research into the realities of life in ‘forgotten Britain.’