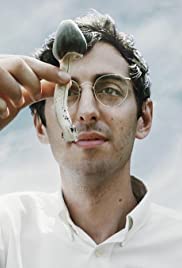 Join an incredible journey through the history, chemistry and societal impacts of the world’s most extraordinary drugs.

Every second of every day, millions of Americans are caught on CCTV. Most of them are honest citizens going about their everyday lives. But a few are guilty of unspeakable crimes. See no Evil is a ground breaking new series about how real crimes are solved with the help of surveillance cameras. Police reveal how CCTV footage has unlocked the answer to cases that otherwise might have remained unsolved- leaving dangerous killers at large. The series features real footage and dramatic reconstruction, combined with first-hand testimony from police, witnesses, and families.

Who killed JonBenét? It’s one of the most enduring American mysteries. Revisit the homicide that gripped the nation, with exclusive interviews and never-before-seen footage from the crime scene.

The six-part series will offer viewers an inside look into the motivations behind hostage situations, the history between abductees and their captors, and the moments that led to standoffs with law enforcement officials. Through authentic audio recordings from police negotiation tapes, re-enactments and expert testimony, the series will provide insight into the actions required by law enforcement to safely de-escalate tense situations and save the lives of innocent bystanders. 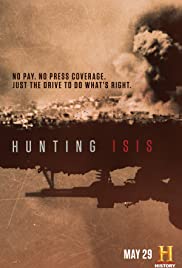 Follow along as American fighters embedded with the Kurdish YPG militia in Syria, and medics supporting a coalition of local forces in Iraq, begin the difficult push to retake ISIS’ capital cities.

In the online world, you never really know who you’re talking to. This series reveals stories of deception and homicide triggered by online interactions. From the black widow wives hiding behind alter-egos to jilted lovers stalking their exes, from obsessive lovers enacting their disturbing fantasies to shocking tales of kidnap, violence and deception – each episode follows stories with jaw-dropping twists and turns as the web of lies is revealed.

Undercover Boss is a multi Emmy Award winning American 2010 reality television series, based on the British series of the same name and produced by Studio Lambert in both countries. Each episode depicts a person who has a high management position at a major business, deciding to become undercover as an entry-level employee to discover the faults in the company. The first series consisted of nine episodes produced in 2009 and first aired on February 7, 2010, on CBS. Companies that appear on the series are assured that the show will not damage their corporate brand.

It played a key role in revealing the unethical behaviour of radio talkback hosts, which became known as the cash for comment affair as was the centre of an investigation by the Australian Broadcasting Authority.

Six Dreams is an exclusive and unprecedented insight into the Spanish first division of football. Follow six people during league season 2017-18: Three players, one coach, one sports director and a club president. Their stories offer an inside look at the daily difficulties, victories and challenges of professional football at the highest level.