Generation War is a German World War II TV miniseries in three parts. It was commissioned by public broadcasting organization ZDF, produced by the UFA subsidiary TeamWorx, and first aired in Germany and Austria in March 2013. The series tells the story of five German friends, aged around 20, on their different paths through Nazi Germany and World War II: As Wehrmacht soldiers on the Eastern Front, war nurse, aspiring singer, and Jewish tailor respectively. The narrative spans over five years starting in 1941 Berlin, when the friends meet up for a last time before embarking on their journeys, enthusiastically vowing to meet up again the following Christmas. The story’s conclusion is set in a time shortly after the end of the war in 1945/46.

When the series first aired in Germany, each episode garnered around 7 million viewers. The Economist stated that hardly any German TV drama ever caused that much public debate. While German critics were prone to commend the series as well-crafted, some Poles were enraged by parts of the story. 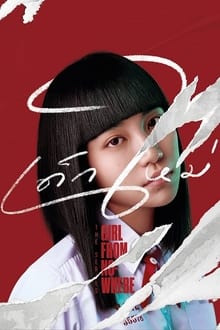 Spooks: Code 9 is a counter-intelligence drama series broadcast on BBC Three in 2008.

The series was commissioned by BBC Fiction’s controller Jane Tranter as a spin-off of their long-running drama Spooks, offering a “more maverick, younger perspective” that would attract a 16-24-year-old audience. The series follows a group of six new young MI5 recruits who “follow a different rule book”. It was produced by the independent production company Kudos and was filmed in and around Leeds and Bradford. The first two episodes were broadcast on BBC Three on 10 August 2008 and repeated on the same channel on 11 August 2008.

The decision to relate the new project to the original Spooks was controversial, with actor Georgia Moffett saying “it’s slightly misleading in terms of the word Spooks.” and producer Chris Fry saying “this is a completely new show. There are no crossover characters or storylines and, most importantly, it is set in a completely new world.” After the relatively unsuccessful first series, executive producer Karen Wilson claimed that many of the existing cast members were “contracted for another year” and outlined themes “we’d like to explore if we get a second series.” 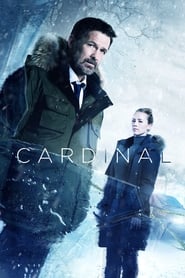 Detective John Cardinal attempts to uncover the mystery of what happened to the missing 13-year-old girl whose body is discovered in the shaft-head of an abandoned mine. At the same time, he comes under investigation by his new partner, Lise Delorme, a tough investigator in her own right.

Snooki & Jwoww, sometimes rendered Snooki & JWoww or Snooki & JWOWW in print and online sources, is an American reality television series on MTV starring Nicole “Snooki” Polizzi and Jennifer “JWoww” Farley. It is the first of two spin-offs of Jersey Shore, on which both Polizzi and Farley previously gained fame as cast members. The series, which is executive produced by Jersey Shore producer SallyAnn Salsano of 495 Productions, is described by its stars as a modern-day Laverne & Shirley. The first season focuses on Polizzi and Farley living together in a former firehouse in Jersey City, New Jersey, though Polizzi’s pregnancy, which was confirmed during filming of the first season, led to a change in episode content and tone that would distance it from the party-oriented antics of its parent show. Filming began on the first season February 25, 2012, and lasted five weeks. The series premiered June 21, 2012. A second season was confirmed on August 3, 2012, and premiered on January 8, 2013. On April 25, 2013 MTV renewed the series for a third season, which will premiere on October 22, 2013.

The show’s theme song is “I Love It” by Swedish DJ and synthpop duo Icona Pop.

This true crime anthology, based on the podcast of the same name, follows the terrifyingly true story of Orange County interior designer Debra Newell’s romance with John Meehan, a handsome and romantic charmer who sweeps Debra off her feet and pulls her into his web of lies.

Inspired by the original novella by Robert Louis Stevenson, Jekyll and Hyde is set in 1930s London and follows Robert Jekyll, the grandson of Henry Jekyll, on his quest to discover his real identity, his true family history and the nature of his ‘curse’ – which his foster father, Dr Vishal Najaran, is controlling with medication. His journey takes him into a dark and unforgiving place, as his alter ego seems capable of anything. At the same time there are shadowy forces trying to find Jekyll and the source of his powers. 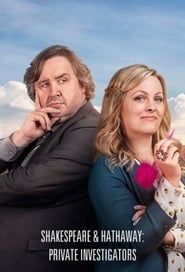 Frank Hathaway, a hardboiled private investigator, and his rookie sidekick Lu Shakespeare form the unlikeliest of partnerships as they investigate the secrets of rural Warwickshire’s residents.

Beneath the picturesque charm lies a hotbed of mystery and intrigue: extramarital affairs, celebrity stalkers, missing police informants, care home saboteurs, rural rednecks and murderous magicians, embezzling accountants and abducted au pairs, blackmail, comp claims and custody cases, all-night stake-outs and professional hits. Our odd couple of detectives will put the world to rights as they snoop and pry. They disagree on almost everything, yet somehow, together, they make a surprisingly effective team. Although they would never admit it.