The Man Show is an American comedy television show on Comedy Central. It was created in 1999 by its two original co-hosts, Jimmy Kimmel and Adam Carolla, and their executive producer Daniel Kellison. 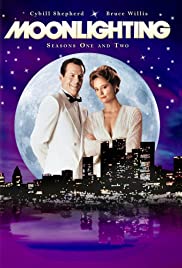 Would I Lie to You?

Would I Lie to You?

A comedic panel show featuring team captains Lee Mack and David Mitchell plus two guests per side, hosted by Rob Brydon (formerly Angus Deayton). Each person must reveal embarrassing facts and outrageous lies during a series of different rounds including “Home Truths”, “This Is My…” and “Quickfire Lies”. It is up to the opposing team to tell tall tales from fantastic facts. 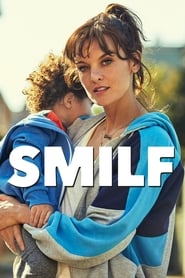 Audrey is determined not to be defined by motherhood. In theory, this seems fairly easy. In practice, her career-focused husband, self-obsessed mother & fancy-free best friend, make it damn near impossible.

Ji Sung Joon has a crush on the most beautiful girl in town, Kim Hye Jin – the only problem is, he’s unattractive and lacks self-esteem. As fate would have it, years later Sung Joon grows up to be not only successful, but extremely attractive. However, when he runs into his first love Hye Jin, she has become unattractive and poor. Can their love transcend the vanity they both associated with each other?

Who’s the Boss? is an American sitcom created by Martin Cohan and Blake Hunter, which aired on ABC from September 20, 1984 to April 25, 1992. Produced by Embassy Television, in association with Hunter-Cohan Productions, and Columbia Pictures Television, the series starred Tony Danza as a retired major league baseball player who relocates to Fairfield, Connecticut to work as a live-in housekeeper for a divorced advertising executive, played by Judith Light. Also featured were Alyssa Milano, Danny Pintauro, and Katherine Helmond.

The show received positive reviews throughout most of its run, becoming one of the most popular sitcoms of the mid-to-late-1980s. The series was nominated for more than forty awards, including ten Primetime Emmy Award and five Golden Globe Award nominations, winning each one. Also very successful in the ratings, Who’s the Boss? consistently ranked in the top ten in the final primetime ratings between the years of 1985 and 1989, and has since continued in syndication worldwide.

Thanks to his police officer father’s efforts, Shawn Spencer spent his childhood developing a keen eye for detail (and a lasting dislike of his dad). Years later, Shawn’s frequent tips to the police lead to him being falsely accused of a crime he solved. Now, Shawn has no choice but to use his abilities to perpetuate his cover story: psychic crime-solving powers, all the while dragging his best friend, his dad, and the police along for the ride.

A thirty-something couple, tired of their mundane life, starts to reconnect with their younger, cooler selves when an emerging pop star, who is drawn to their super-normal suburban life, moves in.

An aging actor, who long ago enjoyed a brush with fame, makes his living as an acting coach.

Brody, a young hot-shot banker at Whitestone Trust, thought he was just having a one-night stand with Jennifer, a beautiful woman he met at a bar. But when he discovers that she works in maintenance for the building where he works, their worlds begin to collide in the most unexpected way. Facing Brody’s critical boss, Mr. Mansfield, as well as annoyed colleagues, the pair must find a way to deal with their growing feelings for each other in this modern take on Romeo & Juliet.