The Rifleman is an American Western television program starring Chuck Connors as rancher Lucas McCain and Johnny Crawford as his son, Mark McCain. It was set in the 1880s in the town of North Fork, New Mexico Territory. The show was filmed in black-and-white, half-hour episodes. “The Rifleman” aired on ABC from September 30, 1958 to April 8, 1963 as a production of Four Star Television. It was one of the first prime time series to have a widowed parent raise a child.

Dexter’s Laboratory is an American comic science fiction animated children’s television series created by Genndy Tartakovsky for Cartoon Network. The series follows Dexter, a boy-genius with a secret laboratory filled with his collection of inventions. He constantly battles his sister Dee Dee, who always gains access despite his best efforts to keep her out, as well as his arch-rival and neighbor, Mandark. The series’ first two seasons contain additional segments: Dial M for Monkey, which focuses on Dexter’s pet lab monkey-turned-superhero, and The Justice Friends, about a trio of superheroes who share an apartment.

Tartakovsky first pitched the series to Hanna-Barbera’s animated shorts showcase World Premiere Toons, basing it on student films he produced while attending the California Institute of the Arts. Four shorts were created and broadcast on Cartoon Network in 1995 and 1996 before viewer approval ratings convinced the network to order a 13-episode first season, which premiered on April 28, 1996. By 1999, 52 episodes and a television movie had been produced, and Tartakovsky then left the series to begin work on his other projects, Samurai Jack and Star Wars: Clone Wars. In 2001, the network revived the series under a different production team at Cartoon Network Studios, and after 26 more episodes, the series ended on November 20, 2003.

A cinematic documentary series that explores the rise and fall of some of the most nefarious and notorious criminals brought to justice by the United States government. From thugs to lethal beauties, outlaws to kingpins, each episode profiles these gangsters and reveals their sinister motives, transgressions and the circumstances that eventually led to their downfall.

Legends of the Hidden Temple is an action-adventure game show for children. The show centers around a temple that is “filled with lost treasures protected by mysterious Mayan temple guards”. Kirk Fogg hosts and serves as the teams’ guide, while Dee Bradley Baker announces and voices a talking Olmec Head who “knows the secrets behind each of the treasures in his Temple”. Six teams of two children compete to retrieve one of the historical artifacts in the Temple by performing physical stunts and answering questions based on history, mythology, and geography. After three elimination rounds, only one team remains, who then earns the right to go through the Temple to retrieve the artifact within three minutes and win a grand prize.

Legends of the Hidden Temple was produced by Stone Stanley Productions in association with Nickelodeon and was taped at Nickelodeon Studios at Universal Studios in Orlando, Florida. It aired on Nickelodeon from September 11, 1993 to 1995 in its first-run and through February 28, 1999 in reruns. Reruns of the program aired on Nick GAS from 1999–2007, and occasionally on TeenNick. Legends of the Hidden Temple won a CableACE award in 1995 for Best Game Show Special or Series.

Who’s the Boss? is an American sitcom created by Martin Cohan and Blake Hunter, which aired on ABC from September 20, 1984 to April 25, 1992. Produced by Embassy Television, in association with Hunter-Cohan Productions, and Columbia Pictures Television, the series starred Tony Danza as a retired major league baseball player who relocates to Fairfield, Connecticut to work as a live-in housekeeper for a divorced advertising executive, played by Judith Light. Also featured were Alyssa Milano, Danny Pintauro, and Katherine Helmond.

The show received positive reviews throughout most of its run, becoming one of the most popular sitcoms of the mid-to-late-1980s. The series was nominated for more than forty awards, including ten Primetime Emmy Award and five Golden Globe Award nominations, winning each one. Also very successful in the ratings, Who’s the Boss? consistently ranked in the top ten in the final primetime ratings between the years of 1985 and 1989, and has since continued in syndication worldwide. 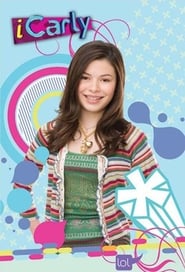 iCarly is an American teen sitcom that ran on Nickelodeon from September 8, 2007 until November 23, 2012. The series was created by Dan Schneider. It focuses on teenager Carly Shay, who creates her own web show called iCarly with her best friends Sam Puckett and Freddie Benson. The show stars Miranda Cosgrove as Carly, Jennette McCurdy as Sam, Nathan Kress as Freddie, Jerry Trainor as Spencer, and Noah Munck as Gibby. It was taped at Nickelodeon on Sunset and KTLA Studios in Hollywood, California. It was originally rated TV-Y7, and later changed to TV-G. The series finale, “iGoodbye”, aired on November 23, 2012. 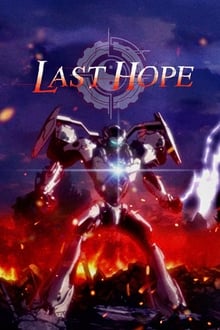 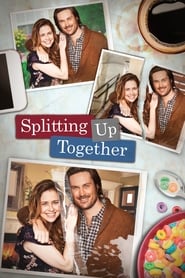 A fantasy drama set in a world of legendary heroes and mythical creatures. Far from home and desperate for answers, Jason washes up on the shores of an ancient land. A mysterious place; a world of bull leaping, of snake haired goddesses and of palaces so vast it was said they were built by giants – this is the city of Atlantis. Aided by his two new friends, Pythagoras and Hercules, Jason embarks on a voyage of discovery, and salvation, which sees him brush shoulders with Medusa, come face to face with the Minotaur and even do battle with the dead.

The American version of the British “Strictly Come Dancing” show sees celebrities perform choreographed dance routines which are judged by a panel of renowned ballroom experts and voted on by viewers. Enjoy sizzling salsas, sambas and spray-tans as they vie for the coveted Mirrorball Trophy. 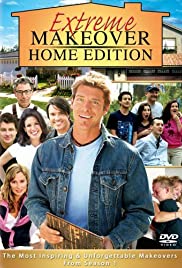 TRON: Uprising is an American animated science fiction television series, part of the TRON franchise, that aired on Disney XD in the United States from May 18, 2012 to January 28, 2013. The series is directed by Charlie Bean, who also acts as executive producer. Edward Kitsis, Adam Horowitz, and Justin Springer serve as consulting producers. The series is set between Tron and Tron: Legacy. A total of 19 episodes of the series have been produced and aired. The series has not been renewed.