Historians, engineers, ​and experts take a look at the underground structures, systems, and phenomena that exist beneath our feet.

The origins of the drug war in the United States, which spans five decades, and its unexpected effects on American culture, institutions and politics.

Four professional bakers leave their modern businesses behind to bake their way through the Victorian era. They set up shop in 1837, when their trade was vital to the survival of the nation. Murder in the Bayou

Murder in the Bayou

The five-part docu-series investigates the unsolved murders of eight women whose bodies were discovered between 2005 and 2009 in drainage canals and on desolate back roads in and around the town of Jennings, Louisiana in rural Jefferson Davis Parish. 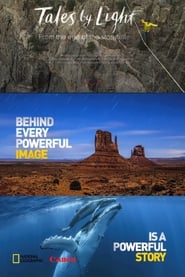 National Geographic’s landmark event series, The Greeks, brings together historians, archaeologists, actors, athletes, scientists and artists to launch a groundbreaking exploration into the ancient Greeks’ journey – not just to better understand their past, but to discover how their legacy illuminates our present, and will shape our future. The story of the Greeks is the story of us.

An art magazine show guest-edited by a different personality each week.

The most unique log homes on earth are custom built by master log-smiths in the small town of Williams Lake, British Columbia. Each one is handcrafted on site, then taken apart, shipped around the world, and reconstructed wherever the client wants. No one else can do it like the boys at Pioneer Log Homes. They are “Timber Kings.”

Follows Caitlyn Jenner living her life as a transgender woman. The docu-series also explores what her transition means for the people closest to her, including her children and stepchildren, and how those relationships are affected.

Michael Portillo crosses the Atlantic to ride the railroads of America, armed with Appleton’s General Guide to the United States, published in 1879.

Ben Makuch travels the world to meet with hackers, government officials, and dissidents to investigate the ecosystem of cyberwarfare.