A multigenerational family saga centered around one woman who, having recently relocated and intent on revitalizing her marriage, finds herself going head to head with some of the most powerful and deceitful players in the city. 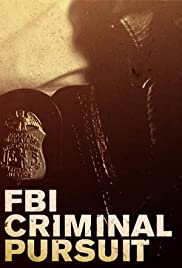 Disappeared is a gripping series that focuses on missing person cases. Each hour delves into one story, tracing the time immediately before the individual vanished for critical clues about the disappearance. 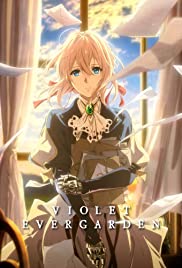 The war is over, and Violet Evergarden needs a job. Scarred and emotionless, she takes a job as a letter writer to understand herself and her past.

A look at a seemingly placid New England town that is actually wrought with illicit affairs, crime and tragedy, all told through the lens of Olive, whose wicked wit and harsh demeanor mask a warm but troubled heart and staunch moral center. The story spans 25 years and focuses on Olive’s relationships with her husband, Henry, the good-hearted and kindly town pharmacist; their son, Christopher, who resents his mother’s approach to parenting; and other members of their community.

Senior Prosecutor Janet King returns from maternity leave to confront a high-profile murder, and a conspiracy which will have shocking ramifications throughout the judicial system.

Mathias Freire, a psychiatrist, and Anaïs Chatelet, a homicide squad captain are connected to each other through a series of crimes inspired by Greek Mythology. United in an investigation they will have to face one another and their own demons.

The Tribe is a New Zealand/British post-apocalyptic fictional TV series primarily aimed at teenagers. It is set in a near-future in which all adults have been wiped out by a deadly virus, leaving the children of the world to fend for themselves. The show’s focus is on an unnamed city inhabited by tribes of children and teenagers. It was primarily filmed in and around Wellington, New Zealand.

The series was created by Raymond Thompson and Harry Duffin and was developed and produced by the Cloud 9 Screen Entertainment Group in conjunction with the UK’s Channel 5. It has aired on over 40 broadcast networks around the world.

It debuted on Channel 5 on 24 April 1999 and quickly gained a large fan base. From 1999 to 2003, five series and 260 half-hour episodes were produced. Series 6 was scheduled to begin filming in 2003, but Nick Wilson, of Channel 5, and Raymond Thompson felt that “although the show was still performing well, the cast was getting too old and the series was beginning to stretch the core proposition.” They felt the characters were not kids fending for themselves without adults any more. As a result, the show was cancelled. Channel 5 aired the final two episodes on 6 September 2003.