A young female detective is put in charge of a case and must delve into her partner’s mysterious past in order to solve it.

Most Haunted is a British paranormal mystery documentary reality television series. The series was first shown on 25 May, 2002 and ended on 21 July, 2010. Led by Yvette Fielding, the programme investigated purported paranormal activity in many locations in the United Kingdom, Republic of Ireland and other countries. It was produced by Antix Productions and broadcast on the satellite and cable channels Living TV, Livingit, and Channel One. In the United States it was broadcast on the Travel Channel.

Thirty years ago, in the sleepy community of Waterbury, a killer known as “The Executioner” murdered Sarah Bennett’s parents. Now Sarah and her husband Dylan have returned to town, only to find herself the centerpiece in a series of horrifying murders centered around the seven deadly sins.

Neal Caffrey, a con man, forger and thief, is captured after a three-year game of cat and mouse with the FBI. With only months left serving a four-year sentence, he escapes to look for Kate, his girlfriend. Peter Burke, the FBI agent who initially captured Caffrey, finds and returns him to prison. This time, Caffrey proposes a deal with the FBI, as part of a work-release program. After some hesitation, Burke agrees, and thus begins this unconventional arrangement where Caffrey helps Burke apprehend white collar criminals. 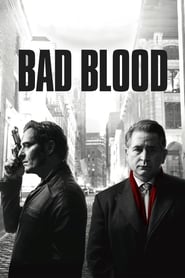 A dramatization of the life and death of Montreal mob boss Vito Rizzuto.

Witchblade is an American television series that aired on TNT from 2001 to 2002. The series is based on the Witchblade comic book series, and followed a pilot film which debuted in August 2000. Some of the episodes were written by Ralph Hemecker, Marc Silvestri and J.D. Zeik.

Yancy Butler starred as Sara Pezzini, Anthony Cistaro as Kenneth Irons, David Chokachi as Jake McCartey, Eric Etebari as Ian Nottingham, Will Yun Lee as Danny Woo, Conrad Dunn as Tommy Gallo, Kenneth Welsh as Joe Siri, and John Hensley as Gabriel Bowman, among others. Although critically acclaimed and popular with audiences, the show was canceled in September 2002; there was speculation that the cancellation was connected to Butler’s entering rehab for alcoholism.

The series ran for two seasons on TNT, for a total of 24 episodes. The first episode aired June 12, 2001; the last episode aired August 26, 2002. In spite of its cancellation, Witchblade was ranked seventh in the Top 10 Basic Cable Dramas for 2002.

According to Top Cow editor Matt Hawkins the Witchblade TV series was cancelled because the lead actress Yancy Butler was an alcoholic and went into rehab – it was and remains the highest rated TV series to be cancelled.

Friday the 13th: The Series is an American-Canadian horror television series that ran for three seasons, from October 3, 1987 to May 26, 1990 in first-run syndication. The series follows Micki and Ryan, owners of an antiques store, and their assistant, Jack Marshak, as they try to recover cursed antiques, to put them into safety in the store’s vault.

Originally, the series was to be titled The 13th Hour, but producer Frank Mancuso, Jr. thought this would turn away viewers and instead took the name Friday the 13th to deliberately draw in audiences. Despite this title, the series has no story connections to the film series of the same name, as Jason Voorhees does not make an appearance, nor does any character connected to the films. In the United Kingdom it was listed on TV schedules as Fridays Curse, though when going to advertisement breaks on ITV it would show as Friday the 13th: The series.

The two series have several cast and crew ties, however. The show’s producer, Frank Mancuso, Jr., was producer of the movie series from Friday the 13th Part 2 until the final installment distributed by Paramount. The show’s star, John D. LeMay, went on to star in Jason Goes to Hell: The Final Friday, guest star John Shepherd played Tommy Jarvis in Friday the 13th: A New Beginning, and episode director David Cronenberg appeared in Jason X. Fred Mollin, Rob Hedden, and Tom McLoughlin worked behind the scenes of both series.