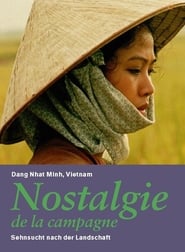 Set in a small village in North Vietnam, a tale of awakening which traces a growing love triangle between Nham, an earnest and responsible 17-year-old country boy; the charming Ngu, his lonely and naive sister-in-law with whom he works closely in the fields; and Quyen, a stylishly vivacious expatriate who has just returned from the city, curious about life in the village where she spent her childhood. While all three characters are too reticent to unleash their feelings, the romance turns on the realization that this web of emotions is largely symbolic. Nham represents for Quyen an innocence and a past that she can’t recapture, just as she represents for Nham an urbanity and future prospects that he may never attain; and caught between the two is the delicate Ngu, left in the most desolate postion of positions.